Working together to help
transform security. 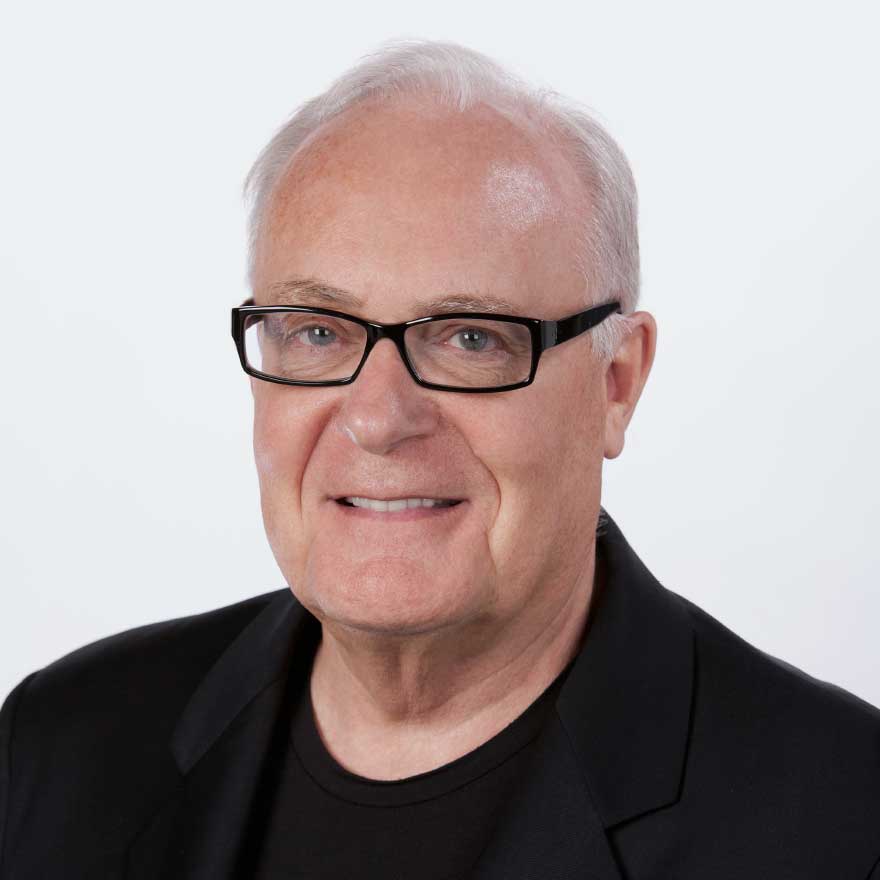 Demonstrating a unique mix of technical vision, marketing and business acumen, Philippe Courtot has repeatedly built innovative companies into industry leaders. As CEO of Qualys, Philippe has worked with thousands of companies to improve their IT security and compliance postures. Philippe received the SC Magazine Editor’s Award in 2004 for bringing on demand technology to the network security industry and for co-founding the CSO Interchange to provide a forum for sharing information in the security industry. He was also named the 2011 CEO of the Year by SC Magazine Awards Europe.

Before joining Qualys, Philippe was the Chairman and CEO of Signio, an electronic payment start-up that he repositioned to become a significant e-commerce player. In February 2000, VeriSign acquired Signio for more than a billion dollars. Today, VeriSign’s payment division, based on the Signio technology, handles 30% of electronic transaction in the U.S., processing $100-million in daily sales. Prior to Signio, Philippe was President and CEO of Verity, where he re-engineered the company to become the leader in enterprise knowledge retrieval solutions. Under Philippe’s direction, the company completed its initial public offering in November 1995. Philippe also turned an unknown company of 12 people, cc:Mail, into the dominant e-mail platform provider, achieving a 40% market share while competing directly against IBM and Microsoft. Acknowledging the market leading position of cc:Mail and the significance of e-mail in corporate environments, Lotus acquired the company in 1991. In 1986, as CEO of Thomson CGR Medical, a medical imaging company, Philippe received the Benjamin Franklin award for his role in the creation of a nationwide advertising campaign promoting the life-saving benefits of mammography. Philippe served on the Board of Trustees for The Internet Society, an international non-profit organization that fosters global cooperation and coordination on the development of the Internet. French and Basque born, he holds a master’s degree in physics from the University of Paris, came to the US in 1981 and has lived in Silicon Valley since 1987. 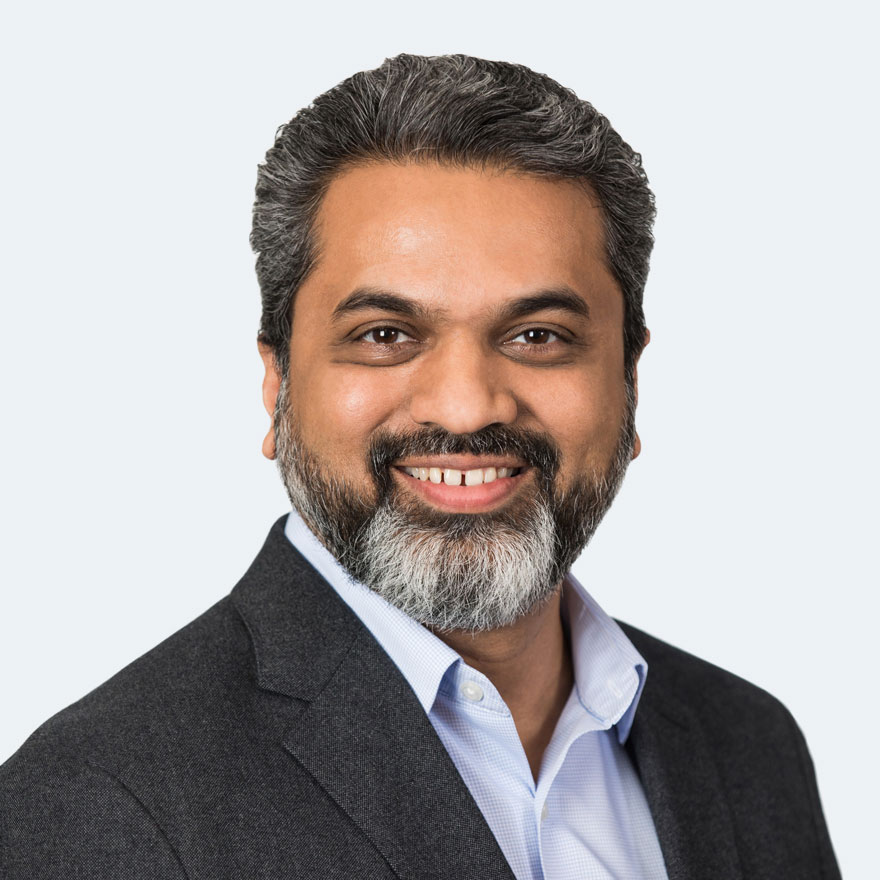 A long time advocate of the SaaS model and cloud computing, Sumedh worked at Intacct, a cloud-based financial and accounting software provider, before working at Qualys. Previous to Intacct, Sumedh worked at Northwest Airlines to develop complex algorithms for yield and revenue management for their backend reservation system.

Sumedh is active in the PCI and security community working closely with the PCI Council on the development and enhancement of PCI DSS. He co-authored “PCI Compliance for Dummies,” an easy-to-read guide designed to educate merchant organizations about PCI. Sumedh has a bachelor’s degree in computer engineering with distinction from the University of Pune. 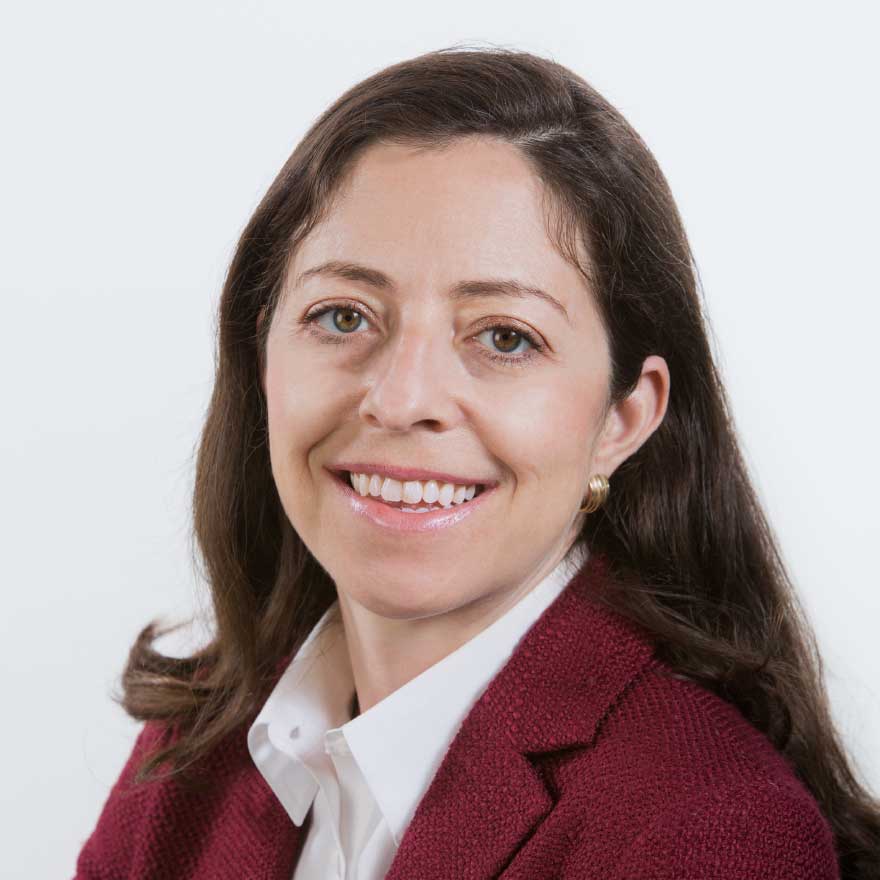 As the Chief Financial Officer of Qualys, Melissa leads all elements of the company’s finance organization, including finance, accounting, investor relations, treasury and tax. She brings 20 years experience as a strategic financial executive working with technology companies on areas including corporate finance, investor relations, treasury, financial planning and analysis, mergers & acquisitions, and corporate governance. Melissa previously served as VP, FP&A, IR and Treasury at Zynga Inc., a social gaming company. Prior to Zynga, Melissa served as VP, Corporate Development, IR and Treasury at Digital River, Inc. a global provider of enterprise e-commerce SaaS solutions. Prior to Digital River, she was an investment banker and advised companies on more than $400 billion of transaction volume at Goldman Sachs, Banc of America Securities and Foros. Melissa currently serves on the Board of Directors of Model N, Inc. as a member of its Audit Committee. She previously served on the Board of Directors of Image Sensing Systems, Inc., including serving as Chair of the Audit Committee, and of Digital Generation, Inc. Melissa received an AB in government from Harvard University and an MBA from Harvard Business School. 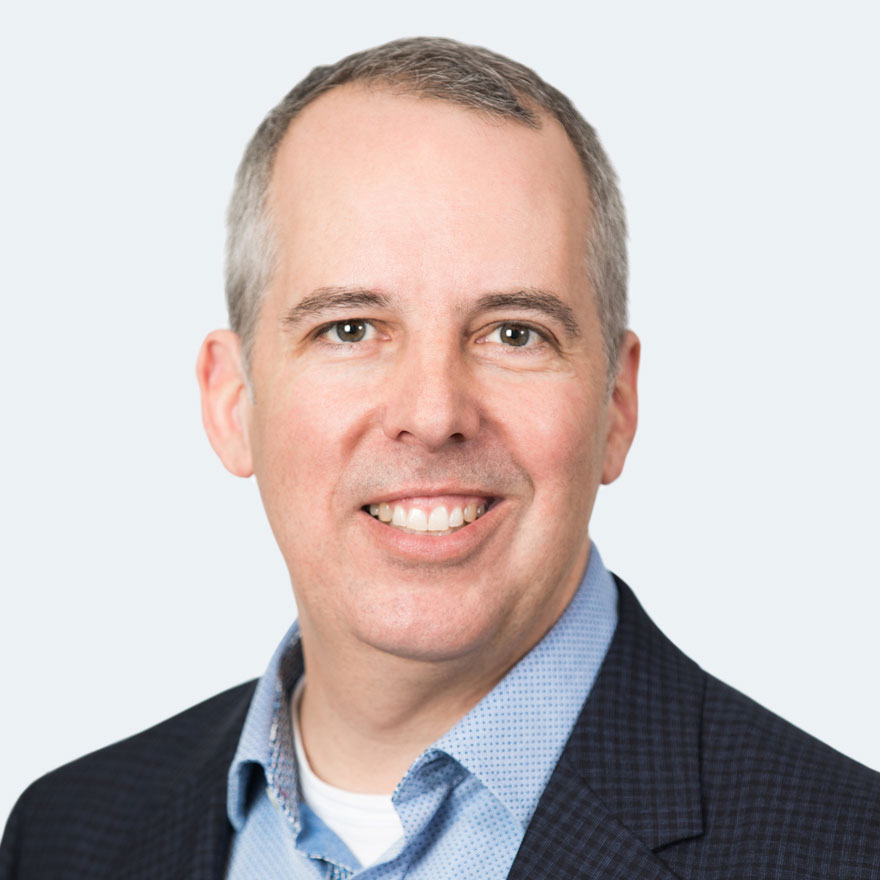 Dan’s career includes more than 20 years of cybersecurity industry expertise and deep business acumen. He was most recently CMO for Anomali, a leader in intelligence-driven cybersecurity, and before that, he was EVP Worldwide Field Operations for Qualys. Dan has significant experience leading business and product development for organizations such as ArcSight (acquired by Hewlett Packard) and WatchDox (acquired by Blackberry). As vice president of business development at Sensage (acquired by KEYW), he was instrumental in the company’s entry into the information security space. 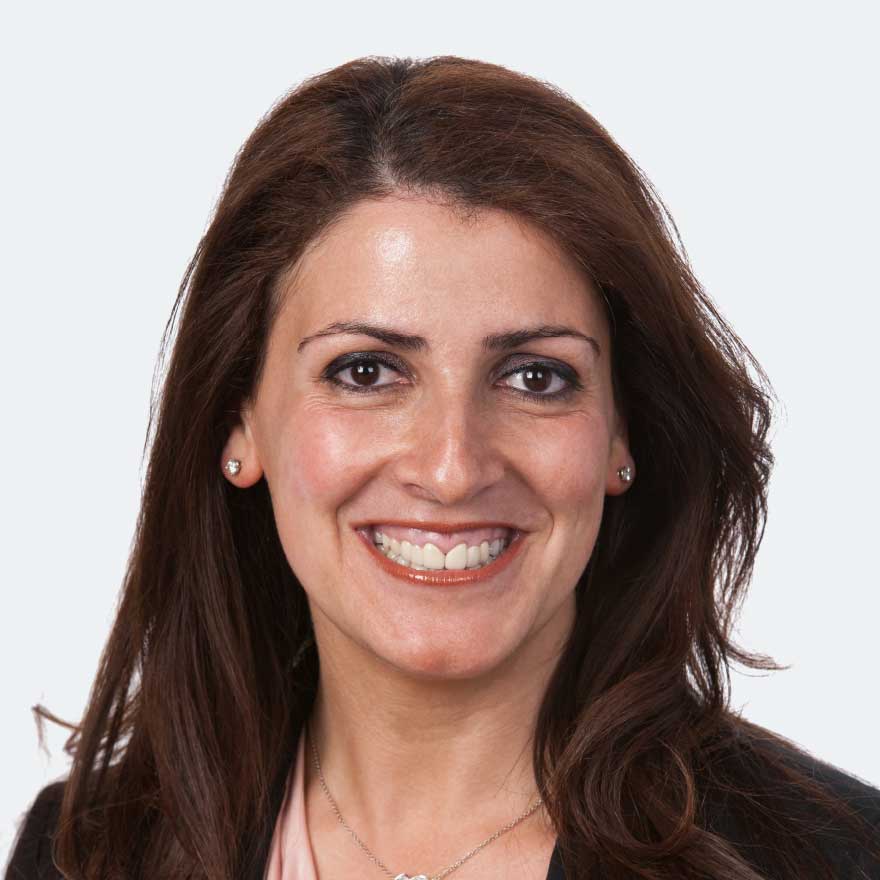 As Chief Human Resources Officer, Rima helps the Qualys workforce maintain a high level of performance by serving as an employee champion and cultivating the corporate community. She brings more than 15 years of domestic and international human resources experience to the company. Prior to joining Qualys, Rima was in HR at VeriSign as part of the mergers and acquisitions group where she was responsible for investigating potential acquisitions, focusing on talent assessment, management style, cost analysis of benefits, and stock plan transfers.

Rima joined VeriSign as part of its acquisition of Signio, where she served as Director of Human Resources, spearheading employee practices and all other aspects of HR. She also led the Human Resources departments at NetObjects, Inc. and Verity, Inc. where she played an integral role in taking both companies through a public offering. Rima holds a bachelor’s degree in business administration from San Jose State University. 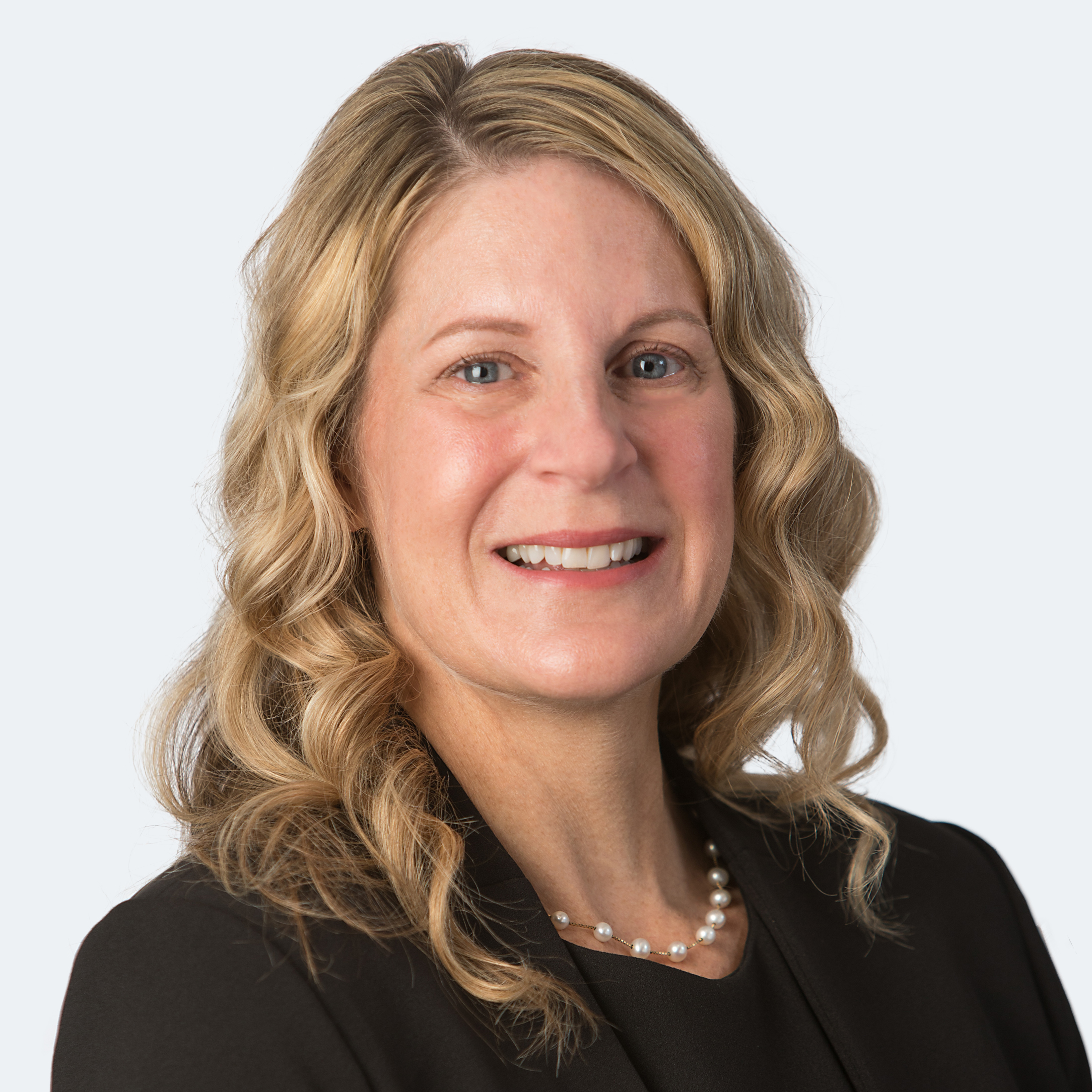 Laurie leads the worldwide field operations teams. In this role, she works with all regional leaders to provide customers with solutions that help them secure their digital transformation efforts. She also builds technology partnerships with customers that guide and shape the direction and vision of the Qualys Cloud Platform. In addition, Laurie ensures that the field teams deliver the highest level of technical support to customers – providing maximum performance and results from the deployment of Qualys solutions.

Laurie has 22 years of experience in the IT industry, with a focus on information security for the past 12 years. Before joining Qualys in 2012, she managed the vulnerability program for CVS Caremark. Laurie has also program managed strategic initiatives at various security companies, including SecureWorks and VeriSign. 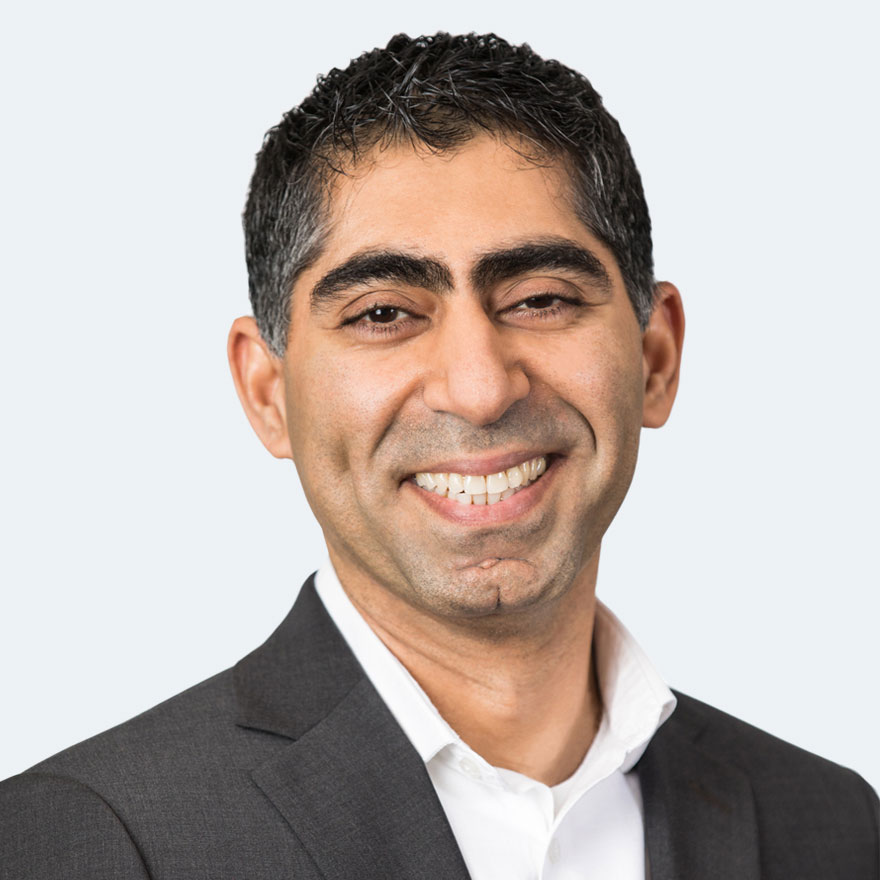 As Senior Vice President of Engineering and Cloud Operations, Dilip is responsible for leading Qualys’ broad security product portfolio, including product development, platform engineering, DevOps, site reliability engineering, and cloud operations. Dilip started at Qualys in 2016 to drive Qualys’ own internal digital transformation efforts. He was instrumental in helping to scale the Qualys Cloud Platform, infrastructure, and organization in support of the company’s accelerated product growth from four to more than 18 products in under four years.

Prior to joining Qualys, Dilip served in multiple engineering leadership roles at various mid-sized and large organizations across retail and logistics to build and deliver complex, scalable, distributed enterprise products, and big data cloud platforms. Dilip has a bachelor’s degree in electronics engineering from the University of Mumbai and a master’s degree in computer science from Ball State University. 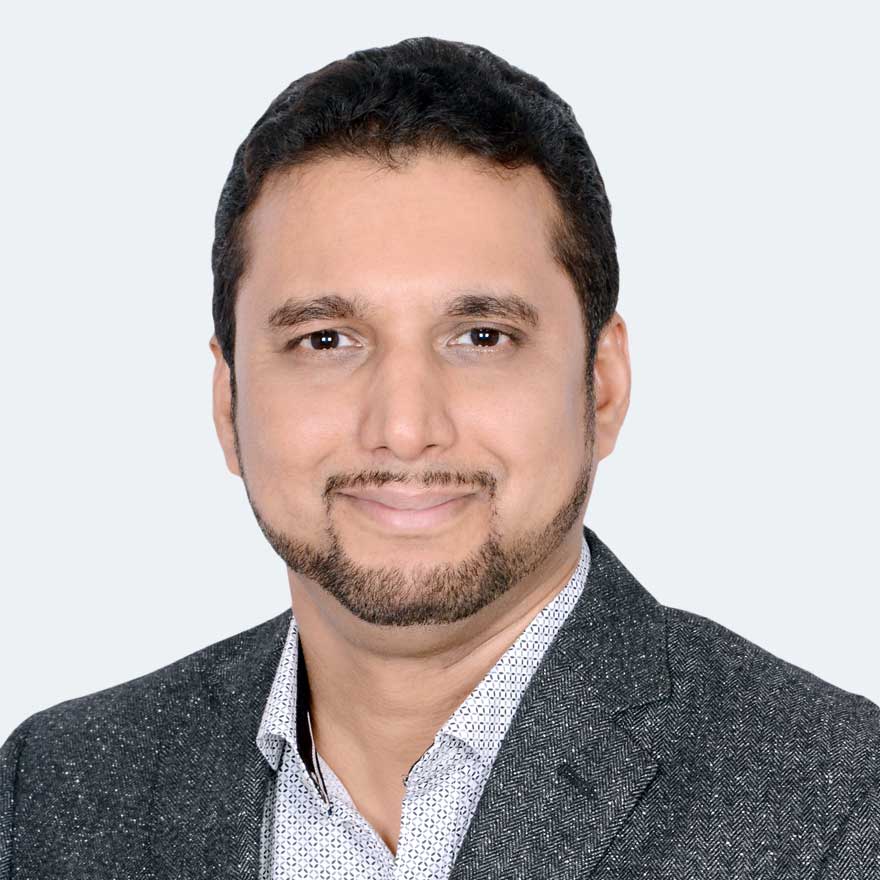 Before joining Qualys, Mustafa was the global director for Enterprise Cloud support at Red Hat. Over the course of 15 years at Red Hat, he led world-class support delivery teams across 7+ countries. During this time, he helped roll-out a new ticketing platform, drove the shift towards KCS (Knowledge Centered Support) and Specialty/Skills Based Routing (SBR) models, and led the implementation of both remote access and chat support. Mustafa helped build the Pune support center during his time at Red Hat growing it from 12 associates to over 800. Additionally, he built a support organization in Brno (Czech Republic) at an existing Red Hat R&D site, which served as a key EMEA support delivery center, especially for EU language coverage.

Mustafa is passionate about technology, especially in the open source/Linux world and is fascinated with how it solves the business needs of organizations. Outside of the technology world, he has a passion for developing people and leaders and has interests in economics and corporate finance. Mustafa has a bachelor’s of science (electronics) with distinction and master’s in computer management from the University of Pune. He holds a certificate of leadership from the ILM (City & Guilds of London Institute). 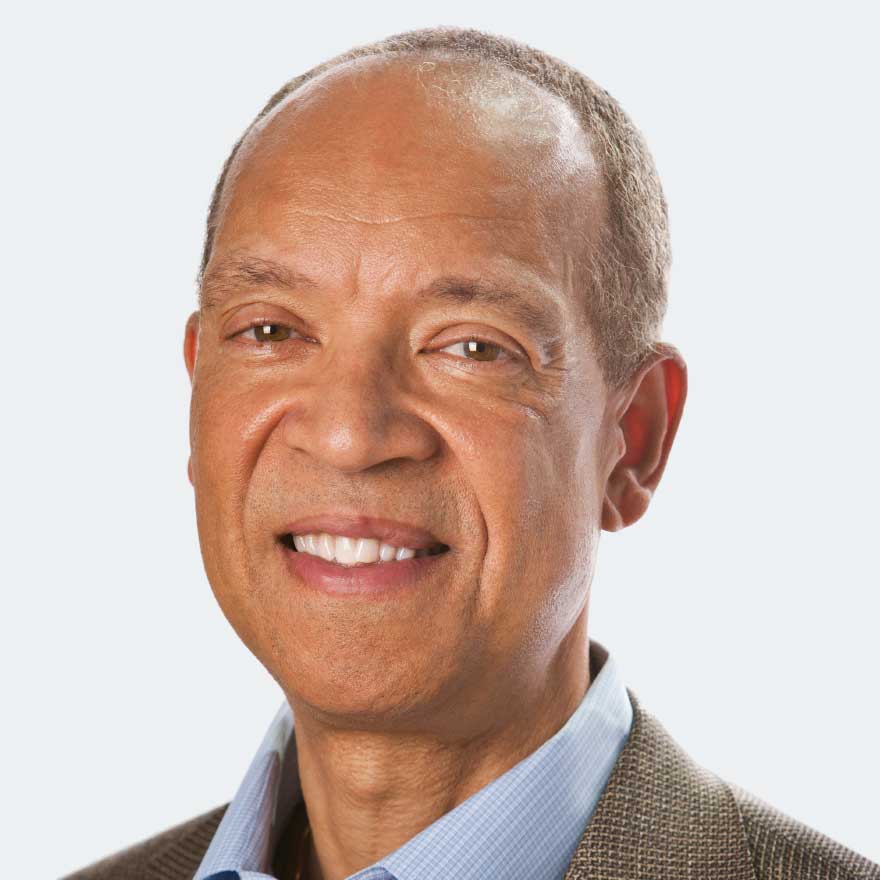 Bruce leads the Qualys legal team and oversees vital regulatory and governmental relations efforts. Bruce previously served as general counsel and corporate secretary at IntelePeer, Inc.; Openwave Systems, Inc.; iPass, Inc.; and AuraServ Communications. Also, he was senior vice president of federal relations and regulatory law for US WEST Communications, and vice president of public policy and external affairs for MediaOne. Further, former Colorado Governor Roy Romer appointed Bruce to serve in a cabinet postion as executive director of the state’s Department of Administration. Bruce holds a bachelor’s degree in political science from the University of Oregon and earned his Juris Doctor degree from the University of Michigan Law School. He is also a member of the California (registered in-house counsel), Colorado and Oregon State Bars. 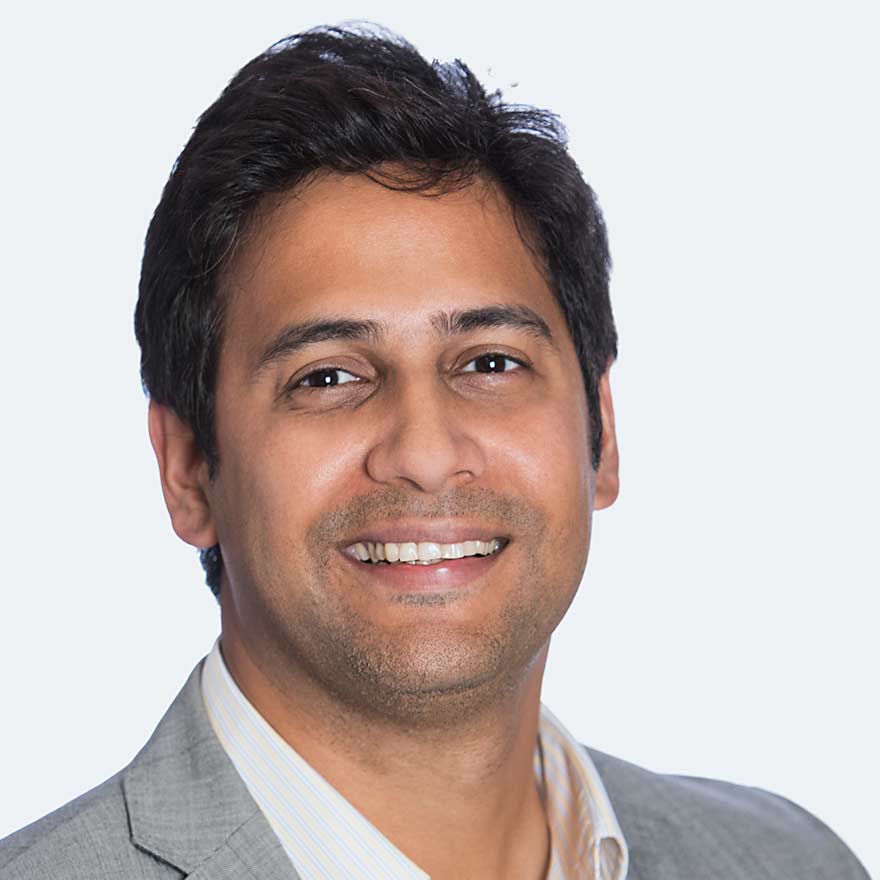 Karun leads Qualys’ worldwide strategic alliances and channel partnerships with MSSP’s, VAS partners, consultants and resellers. A computer engineer with a passion for cybersecurity, he has been at Qualys since 2013, supporting and helping grow its business with channel partners globally. Today, Qualys powers security and compliance solutions for the majority of MSSP’s in Gartner’s Magic Quadrant for Managed Security Services.

He has been a cybersecurity and cloud advocate since his early days at HCL Technologies, one of the large global systems integrators, where he ultimately led cybersecurity pre-sales and business development for North America . Karun’s experience includes advising CIO’s and CISO’s of large fortune 500 organizations on adapting cybersecurity programs for the digital and hyperconnected age. He has a bachelor’s degree in computer engineering from the University of Pune and a post-graduate Management degree in Business Administration (M.B.A.) from Amity University, India.