Explore the security impacts of the digital journey and how to build in security automation from endpoints to the data center to the cloud. Join us in person to scale your capability and meet the challenges of ever-growing attack surfaces. Hear from industry experts, learn strategies and tactics to secure your organization, and network with your peers and other Qualys experts to accelerate your career. 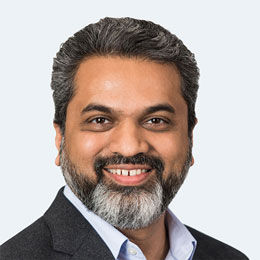 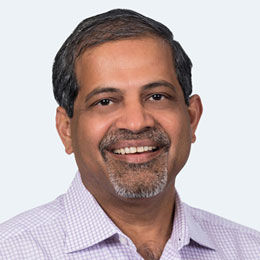 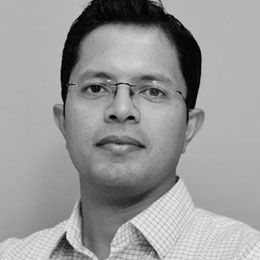 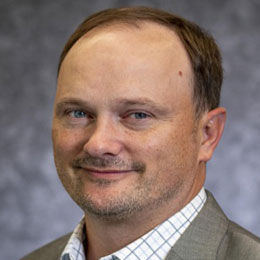 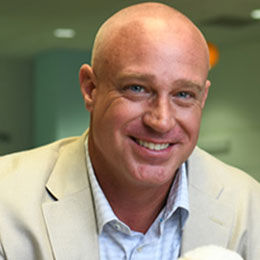 Kick off QSC on the Road on Thursday, March 10. Meet old friends, make new ones, enjoy cocktails, and connect with Qualys experts and peers.

Training is free for all customers. Sign up today as space is limited. Register for each training session you want to attend (registration is separate from the conference).

Views expressed by non-Qualys speakers are their own and Qualys does not endorse their point of view.

Conference sessions will be announced shortly.

Explore and secure the digital journey.

Dive into the profound impact of the digital journey and explore how to build in security automation from the data center to the cloud. Industry experts and Qualys leaders discuss automation strategies, preview product roadmaps, listen to your challenges, and answer your questions.

Engage with Qualys’ customer-facing teams and your peers around best practices and user case studies for applying security automation to real-world challenges.

CIOs, CSOs and CTOs; directors and managers of network, security and cloud; developers and DevSecOps practitioners; Qualys partners and consultants; or any forward-thinking security professionals.

Qualys Security Conference will be held at Hotel Midtown Atlanta.

Attendance at QSC is complimentary. This includes access to all general sessions, breakfast, lunch, breaks, and training.

Travel and hotel accommodations are not included with QSC or pre-conference training. 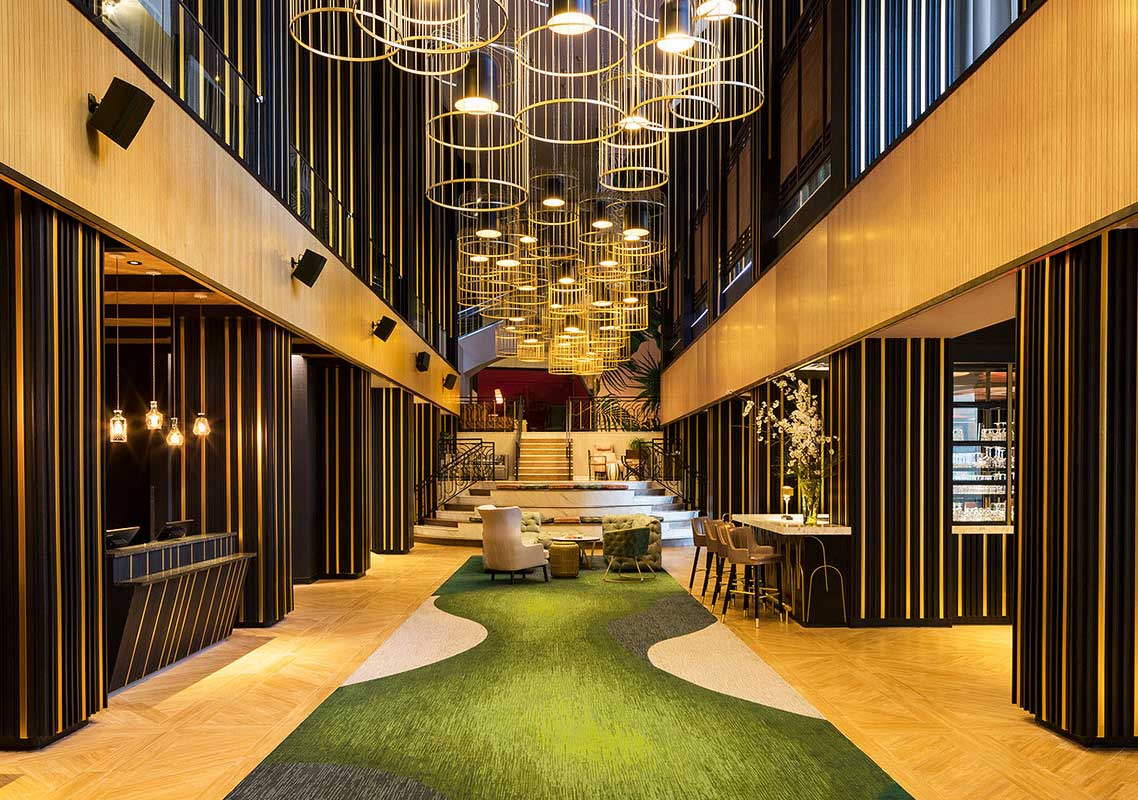 Join us to learn how to effectively secure your hybrid IT environment, streamline your security and compliance initiatives and enable digital transformation. There is no cost to attend this event.

Sam Robison is the Senior Director of Fusion and Operations for Equifax in Alpharetta, GA. He is married to the former Blythe Myers of Atlanta, GA. They have one son, McClure (7), and one daughter, Naomi (3). Sam holds a Bachelors of Arts degree from Adrian College and a Master’s of Science in Strategic Intelligence from the National Defense Intelligence College.

Sam, born in Midland, MI, enlisted in the U.S. Army upon graduation from Adrian College in 2000 as an All Source Military Intelligence Analyst. He was commissioned in the Infantry as Second Lieutenant from Officer Candidate School in Fort Benning GA in 2001. He began his career as combat platoon leader, executive officer and Support Platoon Leader in the Republic of Korea. As a first lieutenant, he served as aide de camp for the Deputy Commanding General Fort Carson, CO.

After serving in the Infantry, Sam transferred to Military Intelligence, was promoted to Captain, and served as the Battalion Intelligence Officer and Military Intelligence detachment commander for 10th Special Forces Group (Airborne). He deployed on three tours to Iraq and earned two Bronze Stars during his assignment with 10th SFG(A). After Iraq, he was then assigned company commander for HHC, 1st Special Warfare Training Group (Airborne), Fort Bragg NC. He then attended the National Defense Intelligence College at the Defense Intelligence Agency in Washington DC. Sam was promoted to Major and was assigned to the 513th MI Brigade, where he immediately deployed to Kuwait to serve as Commander of the 513th MI Detachment. Returning from deployment, he served as the S3 for the 297th MI Battalion.

After serving on active duty for 13 years, Sam decided to leave active duty in 2014 and take a commission in the Army Reserves as a Lieutenant Colonel. Concurrently, Sam started his career in Information Security as a Business Information Security Officer (BISO) with CitiGroup. As a BISO he supported the Information Security (IS) program in Retail Services and Branded Cards Operations. Provide advice and oversight to ensure that IS policy is complied with for internal applications, third parties, decision management, and business practices.

In January 2017, Sam took an opportunity to become the Cyber Intelligence Senior Analyst at Equifax and establish a Cyber Threat Intelligence program. Since then Sam and his team of analysts have developed a world class Cyber Threat Intelligence program that identifies and analyzes indicators of compromise, and threat actor Tactics, Techniques, and Procedures (TTPs) that are used for early detection of future cyber-attacks on Equifax and its subsidiaries.

In 2018, Sam added the Insider Threat Program to his responsibilities and has incorporated that team in the threat intelligence program while developing user behavior analytics to proactively identify potential insider threats.

In 2021, Sam added the role of Fusion director to his responsibilities in order to lead Equifax intelligence driven defense strategy.

As President and CEO, Sumedh leads the company’s vision, strategic direction and implementation. He joined Qualys in 2003 in engineering and grew within the company, taking various leadership roles focused on helping Qualys deliver on its platform vision. From 2014 to 2021, he served as Qualys’ Chief Product Officer, where he oversaw all things product, including engineering, development, product management, cloud operations, DevOps, and customer support. A product fanatic and engineer at heart, he is a driving force behind expanding the platform from Vulnerability Management into broader areas of security and compliance, helping customers consolidate their security stack. This includes the rollout of the game-changing VMDR (Vulnerability Management, Detection and Response) that continually detects and prevents risk to their systems, Multi-Vector EDR, which focuses on protecting endpoints as well as Container Security, Compliance and Web Application Security solutions. Sumedh was also instrumental in the build-up of multiple Qualys sites resulting in a global 24x7 follow-the-sun product team.

Sumedh is a long-time proponent of SaaS and cloud computing. He previously worked at Intacct, a cloud-based financial and accounting software provider. He also worked at Northwest Airlines developing complex algorithms for its yield and revenue management reservation system. Sumedh has a bachelor’s degree in computer engineering with distinction from the University of Pune.

Brian Penn has over 25+ years of cyber security experience mostly in Vulnerability Management and Compliance. In his current role at Aflac, he is the Security Posture Manager helping to detect vulnerabilities in the network. Prior to joining Aflac, he spent 21 years at InterCall in a similar capacity. He holds a Master’s Degree from the University of Alabama, Birmingham in Management Information Systems and Cyber Security.

As Senior Vice President of Product Management, Shailesh leads the product management team and drives the Qualys product vision helping customers assess and improve their IT, security and compliance posture. Since joining Qualys in 2012, he has worked in various security and compliance roles driving innovative solutions, including remote endpoint protection, endpoint detection and response, and SaaS security. In addition, Shailesh headed engineering, research and product management for Qualys Policy Compliance and File Integrity Monitoring, where he helped customers go beyond compliance to drive their IT GRC objectives. Before Qualys, he focused on security research for Symantec ESM and Compliance solutions. Shailesh holds a master’s in computer applications (MCA) from the Vishwakarma Institute of Technology and has various security certifications including CISA, CRISC, CISM. He is also a regular speaker at industry conferences.

Parag Bajaria is vice president of cloud and container security solutions at Qualys, focused on building and evangelizing cloud and container products and solutions. He has spent the last decade working in cloud security building products in various domains including data security, cloud posture management, identity security, and workload security. Previously, Parag was head of Product Management at CloudKnox, a cloud infrastructure entitlements management (CIEM) company. Parag has held product leadership roles at HyTrust, Yahoo, and Juniper Networks. Parag has an MBA from Cornell University and a master’s in electrical engineering from the University of Maine.

Mehul Revankar is a cybersecurity professional with more than 15 years of experience in Vulnerability Management, Policy Compliance and Security Operations. He leads Product Management and Vulnerability Research at Qualys for VMDR. Before joining Qualys, Mehul led the development of vulnerability and patch management products at SaltStack, and prior to that he led multiple research teams at Tenable. Mehul has a bachelor’s degree in electronics from the University of Mumbai and a master’s degree in computer engineering from George Mason University.

As Chief Product Officer (CPO), Nagi focuses on delivering industry-leading innovations and products that drive growth. He is responsible for all aspects of the product including engineering, development, operations, product strategy and management, and customer support.

Nagi’s career includes more than 30 years of experience building and scaling enterprise B2B products that serve organizations of all sizes in multiple industries. His focus on innovation and customers and his long-term strategic vision helped him create high growth in companies such as Icertis, Apttus (Conga), CA Technologies, and RealPage, among others. Prior to joining Qualys, Nagi was CPO at Solutionreach, a leader in patient relationship management helping transform patient-provider communication. He received a bachelor’s degree in Computer Science from Bangalore University.